Kajol Net Worth, Earning and Salary 2020

Kajol is known in Bollywood for her versatility, Simplicity and expressiveness and she is ruling on many hearts. There are so many fans following of Kajol and they always wait for Kajol’s new movie. Kajol got 3 to 4 crore rupees for a movie and her total net worth is $ 16 Million. 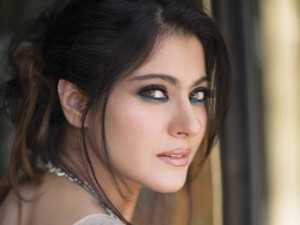 Kajol is a renowned and very popular actress in Bollywood. She was born on August 5th 974 in Mumbai in a very prestigious family. Kajol’s father Shomu Mukherjee is a famous film producer and director and her mother Tanuja is a very famous actress of Indian Cinema. Kajol also has a younger sister named Tanisha Mukherjee and she also try her luck in Film Industry but she didn’t get success in Bollywood. Kajol’s all family members have some link with Bollywood and there are many famous personalities who are successful in Bollywood and they belonged from her family. These famous personalities are Mohnish Behl, Rani Mukherjee and Ayan Mukherjee. After the separation of her parents, she is residing with her mother. After entering into the film industry she gave back to back hits to Bollywood and done so many movies with Ajay Devgan and Shahrukh Khan. She has a relationship with the superhit actor Ajay Devgan and they got married in the year 1999. Kajol Devgan is happily married and has one daughter Nysa and one son Yug.

Kajol is not only a fantabulous actress but also a remarkable social worker and done a lot for widows and poor children and for her kindness she also achieve the Karmaveer Puraskaar in the year 2008. She achieves a great platform from Indian Film Industry and also she judged a reality show cast on Zee TV that is Rock-N-Roll Family and currently manages Ajay Devgan’s production company, Devgan Software and Entertainment Ltd.

Kajol quit her studies and try her hand in acting and finally in 1992 she done her acting debut with Bekhudi whish is not a successful film. Afterwards, in 1993 she got a chance to do a movie with Shahrukh Khan and it was her first commercial success thriller movie Baazigar and this movie gathers a huge audiences. She plays a pivotal role in many movies and also a lead actress of several blockbuster movies like DDLJ, Kuch Kuch Hota Hai and Kabhi Khushi Kabhie Gham. Kajol’s movie DDLJ break all the records and it is a super duper hit film of Bollywood and after this movie Shahrukh and Kajol’s Jodi was became a romantic Jodi in Indian Cinema. After giving so many hits she take a long break and then in 2006 she done a comeback romantic thriller film Fanaa with Aaamir Khan and then work frequently and play leading roles in U, Me Aur Hum, We Are Family and My Name Is Khan. Recently, in 2015 the popular romantic Jodi done a comeback with a Superhit film Dilwale and break all the records of Box office.

Got Kajol Net Worth?

You can also write your views in comment section if you know anything about Kajol Net Worth, Rich Status, Earning, Salary and many more.