Madhuri Dixit a Queen of Bollywood and considered among the top actresses of the Indian Cinema. The Total Net Worth of Madhuri Dixit Nene is $ 35 Million. She rules the Indian Cinema in the early eighties and nineties and even now there are so many crazy fans of Madhuri Dixit. She charged Rs 4 crore per movie and also hosting a reality show named “Jhalak Dikhhla Jaa” from which she gets Rs 25 crore annually. Not only this Madhuri Dixit is supporting many leading brands liked Oral B, Olay, Chawanprash and Maggie from which she gets millions of rupees.

How much Net Worth of Madhuri Dixit 2019 – 35 Million Dollar 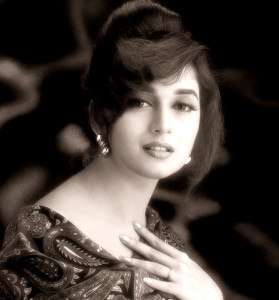 Madhuri is the most talented actress of Indian film industry and was born on 15th May, 1967 in Mumbai. She completed her schooling from Divine Child High School and take graduation degree in Microbiology from Mumbai University. She is not only a fabulous actress but also a fine dancer as from her childhood she loves dancing and also took formal training in Kathak. In 1999, she got married to a US based Doctor named Dr. Sriram Madhav Nene and they have 2 sons named Arin and Rayaan.

In 1984, Madhuri had done her debut film ‘Abodh’ of Rajshri productions and get huge compliments for her brilliant performance in this movie. Later she signed ‘Tezaab’ with Anil Kapoor which became a big hit in Hindi Cinema and for this movie she is awarded with the Filmfare Award for Best Actress. In 80s and 90s she gave so many big hits to Film Industry like Ram Lakhan, Parinda, Dil, Saajan, Beta and Khalnayak. But she gets a huge success in Bollywood in 1994 when her movie Hum Aapke Hain Kaun of rajshri productions arrived in the theaters and this movie is the biggest hit. Afterwards, she done so many movies and all are hit which takes her career on heights. After marriage, she had done many movies like Pukar, Lajja and Devdas. After a long break she comeback in 2007 with a musical Aaja Nachle and in recently in 2014 she did 2 movies Dedh Ishqiya and Gulaab Gang.

Madhuri Dixit whether works in film industry or not but she always rules the heart of youths and there are so many fans of Madhuri till now. She is not only a celebrity but also a very nice lady and also known for her compassionate works. She currently joined a campaign which works to save elephants and prevents deforestation named “Emeralds for Elephants” and Madhuri is the brand ambassador of this campaign. Moreover, she also engaged in the welfare of orphans, children suffering from cancer and women’s rights campaigns. Madhuri Dixit Nene is fond of luxurious apartments and cars and owns various apartments in Mumbai and in US and has Audi, Skoda Rapid and Rolls Royce cars.

If you also want to share your views about Madhuri Dixit Net Worth then write in the comment section.